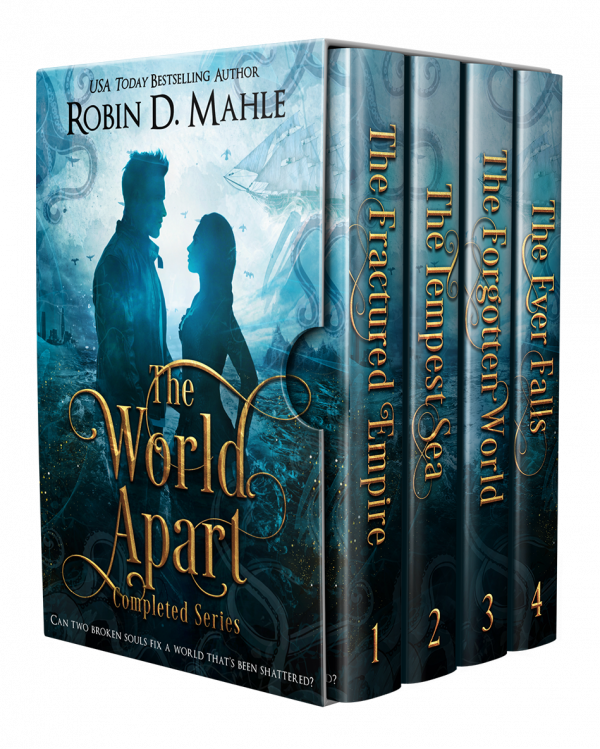 **All four books in The World Apart Series plus an extended prequel AND *Exclusive* Bonus Content!**

Can two broken souls fix a world that’s been shattered?

Clark and Adelaide think their lives can’t get any worse. Until they meet each other.

Adelaide — heiress to the wealthiest man in the Ceithren Empire — has felt a void since her sister’s death. Just as she’s resigned herself to the empty life her father chose for her, a relic from a world that shouldn’t exist plunges her into chaos.

Clark — son of the greatest terrorist the empire has ever known — is still reeling from his father’s death. Since then, his life has boiled down to two things: his brothers and his next mission. When his mission to bring back a mystical artifact goes awry, he’s forced to choose between getting the job done and saving the life of a spoiled socialite.

But Clark isn’t the only one after the artifact. He and Adelaide must work together to survive… if only they can manage to avoid killing each other before their enemies have the chance.

The World Apart Series will make you question everything you thought you knew about life, humanity, and the choices we make for the people we love.