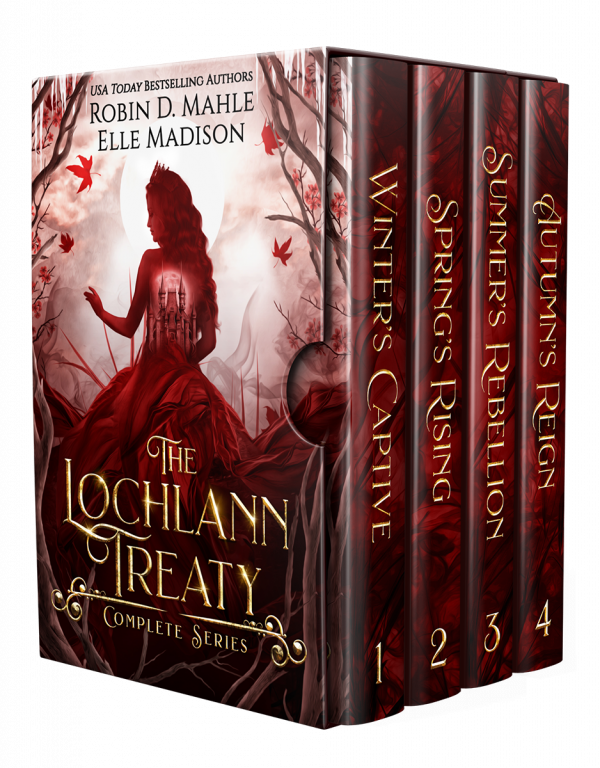 This box set contains all 4 books in the Lochlann Treaty series, and *never before seen* exclusive bonus content.

PEACE AT ANY COST.

Right up until the moment her fiancé is kidnapped on her wedding day, sending the entire kingdom hurtling toward disaster.

Charlie has never left the protective grounds of the castle, but to save her intended, she’ll trade her crown for a sword and forge into dangerous rebel lands alongside her fiancé’s arrogant older brother, Logan.

Logan thinks she’s a spoiled princess. She’s about to prove him wrong.

But each step deeper into the enemy’s world confirms nothing is what it seems. Not the love that was supposed to be easy. Not the allies she’s supposed to trust. Not even the outlaws she’s been raised to fear.

Faced with brutal truths and the looming threat of war, Charlie must find her inner strength to not only fight back, but to trust her heart—no matter where it leads.

From naive princess to Warrior Queen, The Lochlann Treaty will keep you on the edge of your seat from beginning to end. A sweeping fantasy for fans of Red Queen, Outlander, and Throne of Glass.