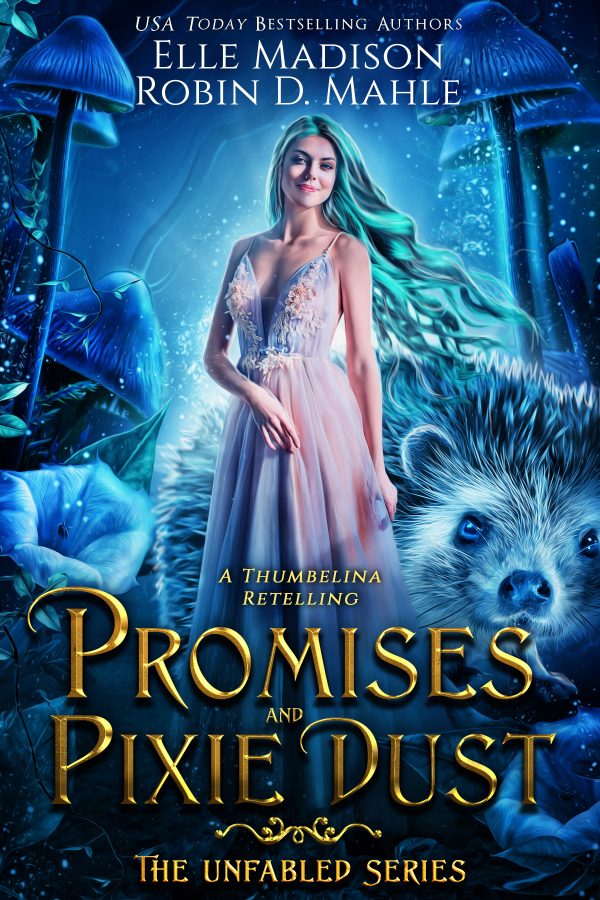 Welcome to the Enchanted Forest, where the damsels are only in moderate distress and happily ever afters are the norm.

Lina has been raised in a world far too big for her. When her mother dies, she is forced to decide between being alone forever, or betting her life on a legend that may not even exist.

Edrich was a simple farm boy until he made a deal with the wrong man. In order to keep his father alive, he has to make sure Lina stays safe. But there are more dangers than he imagined for a girl no bigger than his thumb.When Lina decides to traipse off into the deadly Enchanted Forest, Edrich has no choice but to follow her, even when it puts both of their lives on the line. Between deadly unicorns and potent whiskey, the journey may prove even more treacherous than they had anticipated.

Will they be able to find the fabled fairy kingdom of Ellaria? Or will the forest claim them both before they get the chance?

*Promises and Pixie Dust is a standalone Thumbelina retelling in a shared world with other standalone tales.*